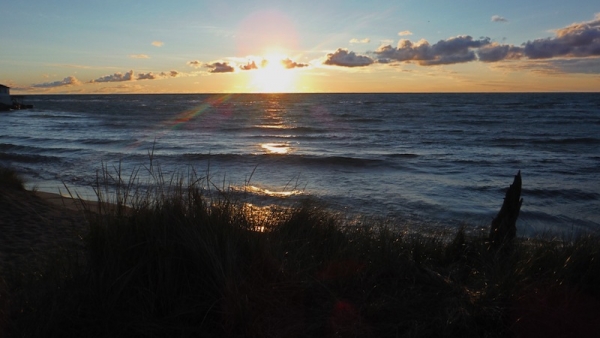 Don’t hoist the spinnaker on a screaming reach….

Wow…. Another great sailing event for 2014 is in the books.  The Tawas location has proven to be a fan favorite for quite a few years, and this year was no exception.   Eric Kennedy on race committee ran 2 distance events on Saturday and buoy racing on Sunday for a great mix of different types of racing.  Last year Ed and Tara resurrected the distance event format and hopefully this will continue in the future.


We had the usual mix of boats for this years event.  6  - F18’s a couple F16’s, a Hobie 16 and 18 as well as an F17 and an A cat.  It was great to see Charlie and Laura Buchert come up from Ohio with their Hobie 16, it’s been many years since Charlie has raced with CRAM. Bea made the trip in from Toronto to race with Wayne and Joe and Kelly continue to make the trek in from Kentucky to race.  New to CRAM – Ezra, raced with Tim on his F16 (I hope the arm is ok Ezra).

Saturday’s format was pretty simple, start out on the big water, and race around a bunch of buoy’s in the bay.  We finish at a beach where lunch is catered in, and then race back.   This year the breeze was pretty fresh out of the North West which resulted in a lot of very fast reaches.  There were quite a few wind shifts and big gusts to add to the excitement.   Straight line distance for each race Saturday was about 11 miles.  On race one, Ed and Tara tore off like a scalded cat and were clear ahead until they sailed into the only hole on the course and they relinquished the lead to Claus and Jess.  A couple boats tried to carry spinnakers on some rather tight, gusty reaches which resulted in swimming lessons.  I won’t name names but their initials are Tim and Wayne.

During lunch we chatted about when to fly the spinnaker and Wayne assured us he had learned his lesson about carrying the spinnaker on a screaming reach.  Apparently that was not the case as he pressed his luck again on race 2 with not surprisingly the same result.  He did mention that he is getting very quick at righting the boat.

Race 2 started out a bit lighter, and quickly built back up and we once again had a bunch of gusty reaching legs.  Joe and Kelly on their F16 really showed the rest of the pack how to carry a spinnaker in tight reaching conditions as they flew it almost the entire race. They put the hurt on the rest of the fleet finishing first by a good margin.  Nicely done.

We all enjoyed a pulled pork dinner compliments of Jim Egerdal Saturday evening.  A campfire, music and drinks capped off the night and we eagerly awaited the forecasted 2 knots of breeze for Sunday.  Boy the weather people sure have been wrong this year.

Sunday dawned sunny with light wind out of the South.  We pushed off and were pleasantly surprised to see a nice breeze fill in.  Race 1 – no trapping. Race 2 – single trap, Race 3 – double trap and race 4 – double trap and depower.  Just fantastic conditions all weekend.  It was a dog fight for places as Claus and Jess just beat out Paul and Kim in the F18 class.  Joe and Kelly narrowly defeated Roger in low Portsmouth and Charlie owned the high Portsmouth class.  Many thanks go out to the race committee and everyone involved in helping to make this a terrific race weekend.